Samsung decided to end its own Samsung Cloud storage on April 1, 2021. It will allow their users to access their data until June 30, 2021, and at the same time, Samsung offers them migration to OneDrive due to wider cooperation with Microsoft. Since we at PhoneCopy.com, definitely have something to say about cloud storage from mobile phones, we decided to prepare a short comparison of what other options Samsung Cloud users have. Unless Microsoft comes up with a special offer, Samsung Cloud users have basically 2 options.

From our experience, we know that when a user decides to start storing data on the cloud, the size of their data is most often between 200-400GB. And this is the reason why we offer PhoneCopy Cloud in multiple tiers, i.e. 50GB, 100GB, 500GB, and 1TB. This is because, without the user’s demand, new devices always come with higher camera resolution and more internal storage. Specifically with Samsung (if we ignore the cheapest models), the amount of memory is gradually shifting from the previously common 32-128GB to 128-256GB or even 512GB for premium models. 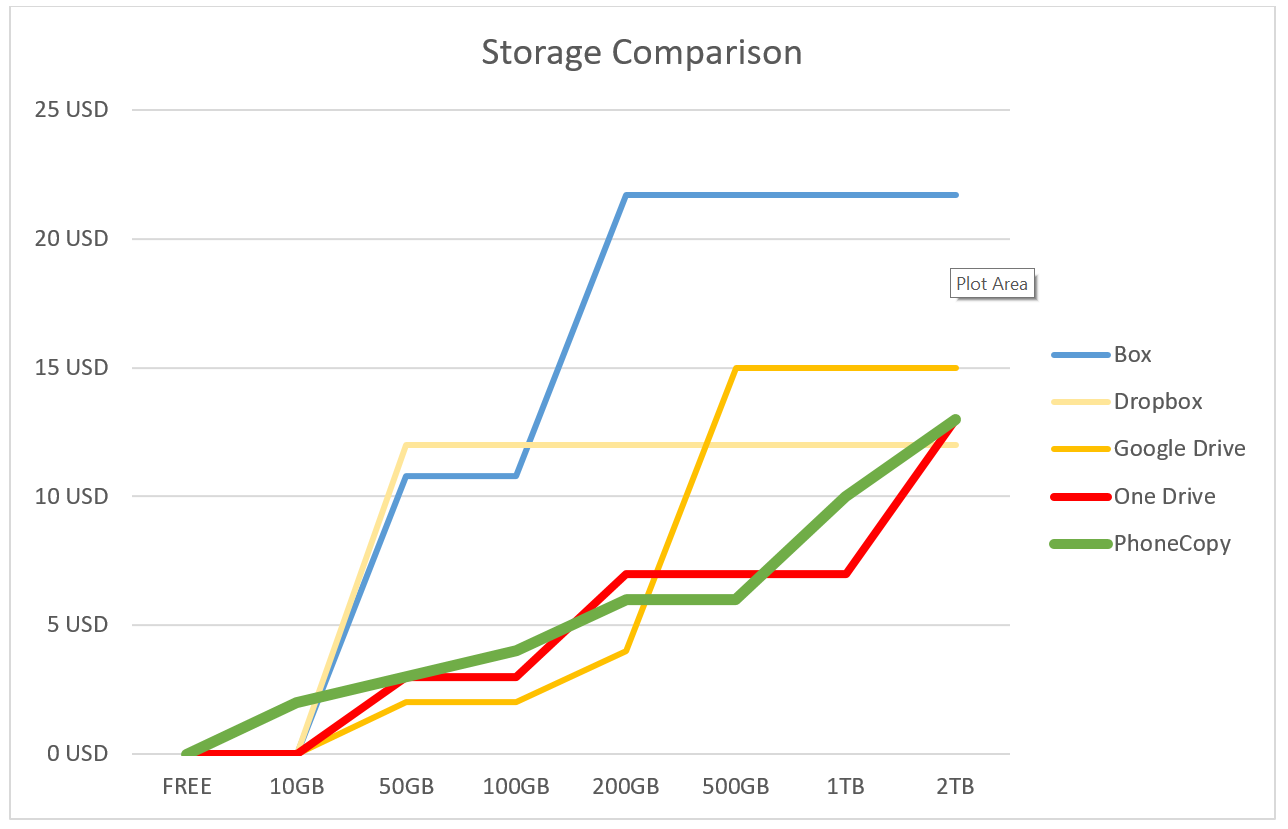 We compared OneDrive, PhoneCopy, and the most famous cloud services such as Box, Dropbox, and Google Drive (we omitted iCloud, as it does not apply to Android phones). If you fit in a middle-term perspective to storage lower than 100GB, switching from Samsung Cloud to One Drive is a good choice, but once you exceed this value, the price of One Drive jumps up and a similar jump is seen by Box, Dropbox at 50GB and Google Drive at 200GB. One Drive will then pay off again when your storage is close to 1TB, but at any time in the interval between 100GB and 1TB, you have to expect to pay up to 4 EUR per month (48 EUR per year) for space that you probably will not use.